PAST DUE:
Text and Photographs by Sahra Sulaiman 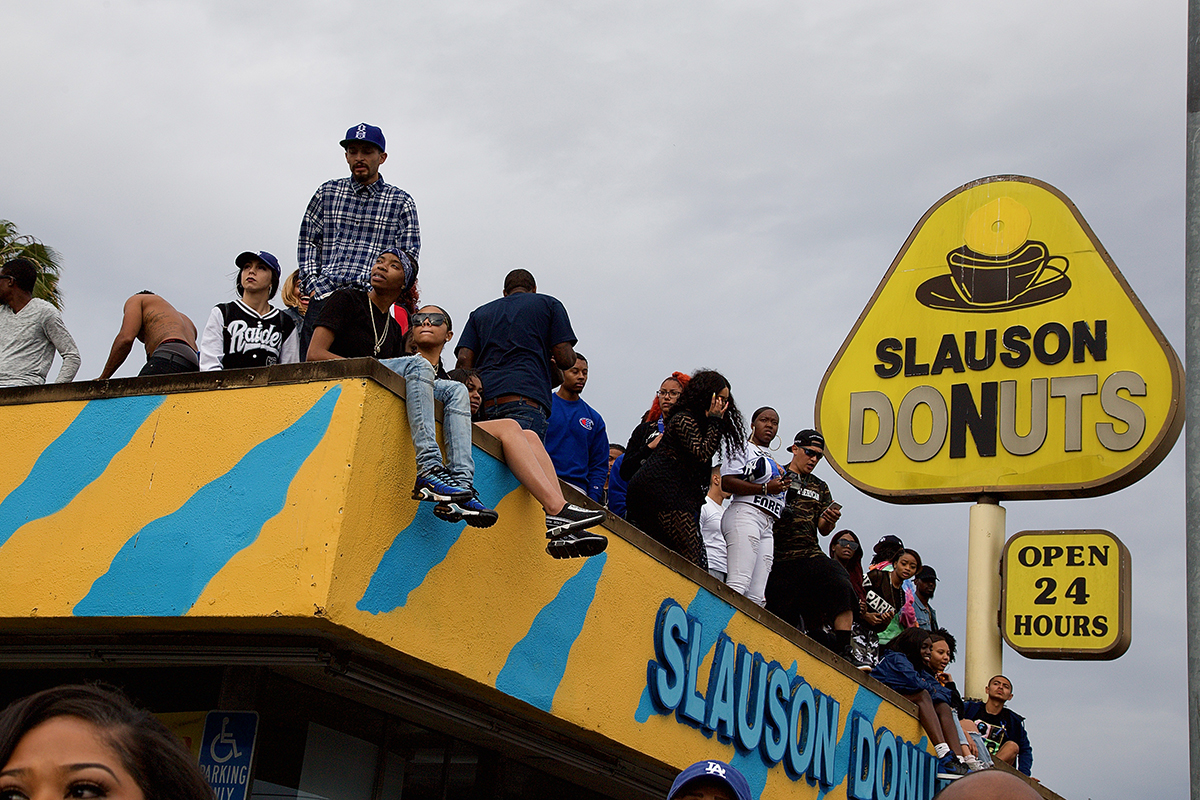 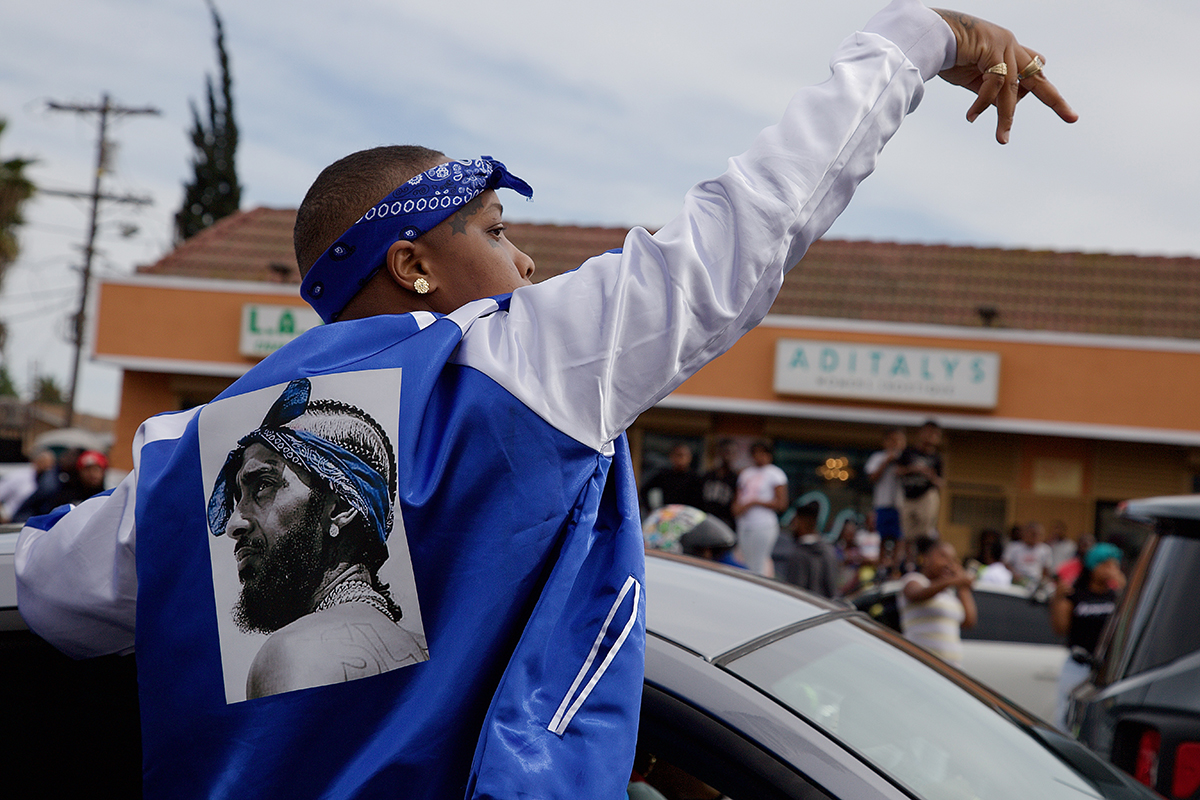 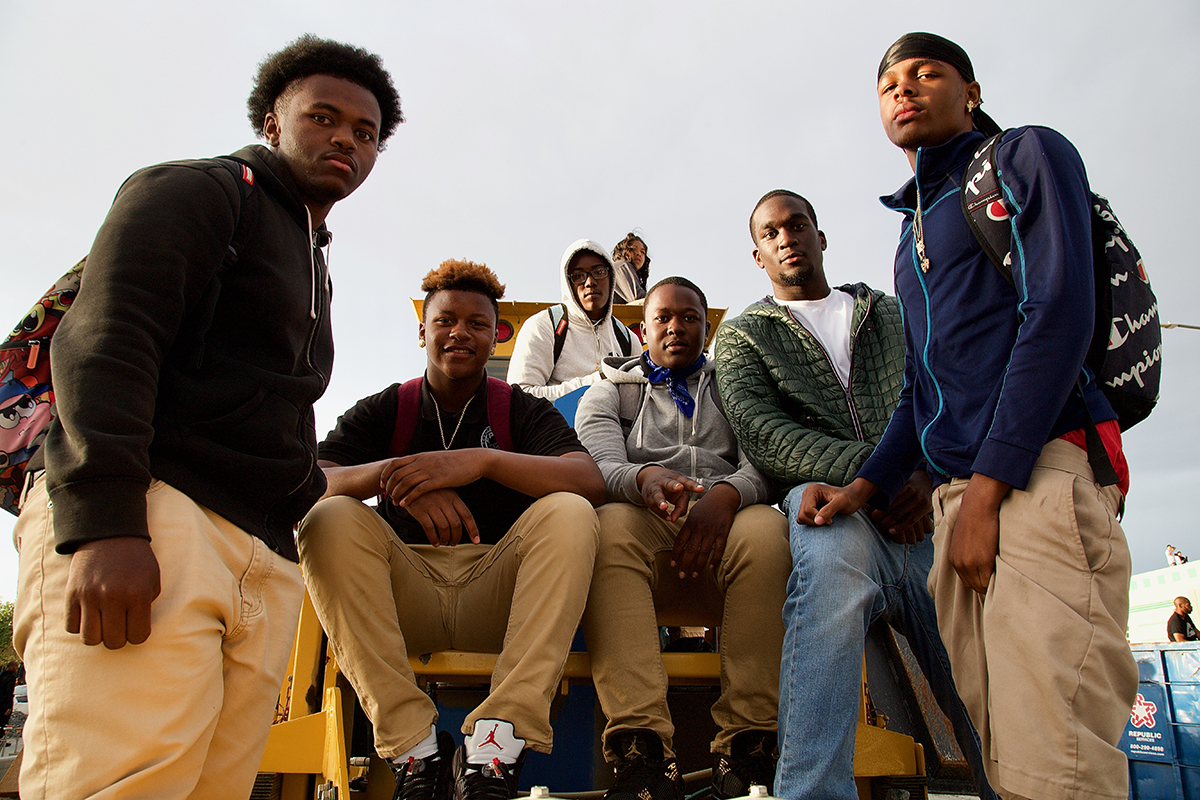 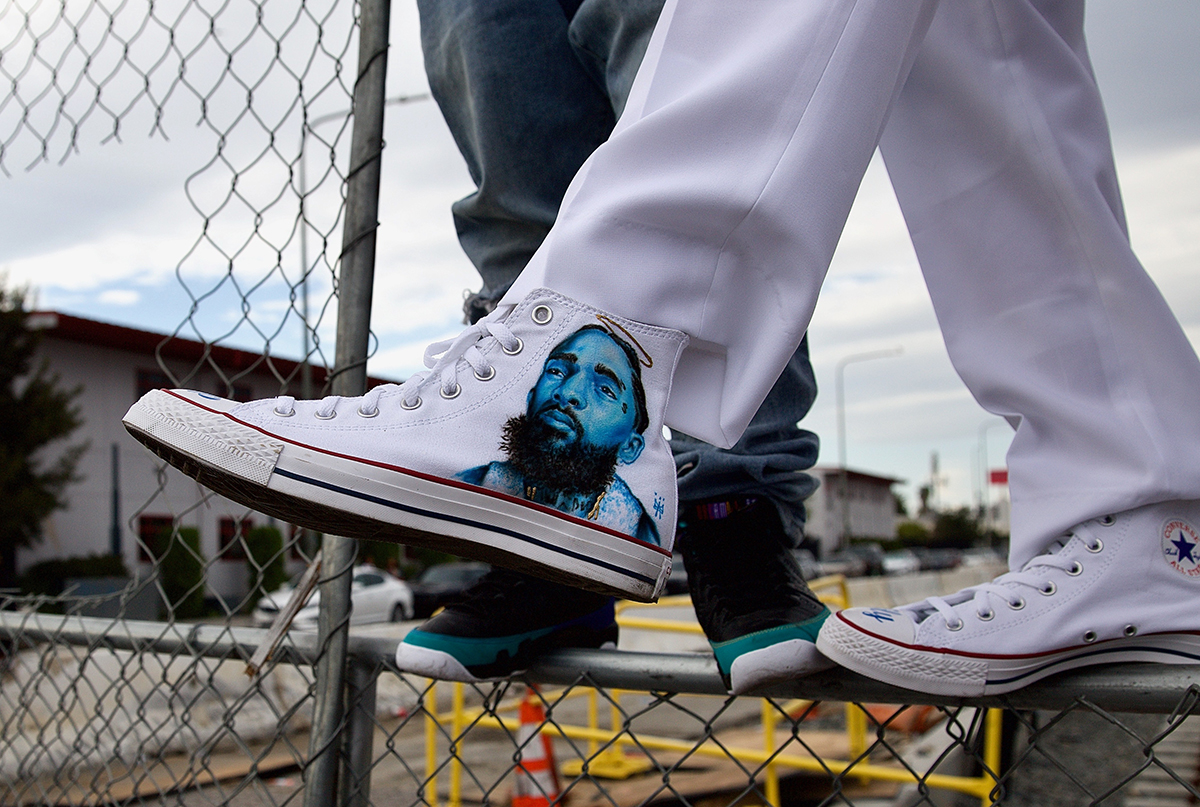 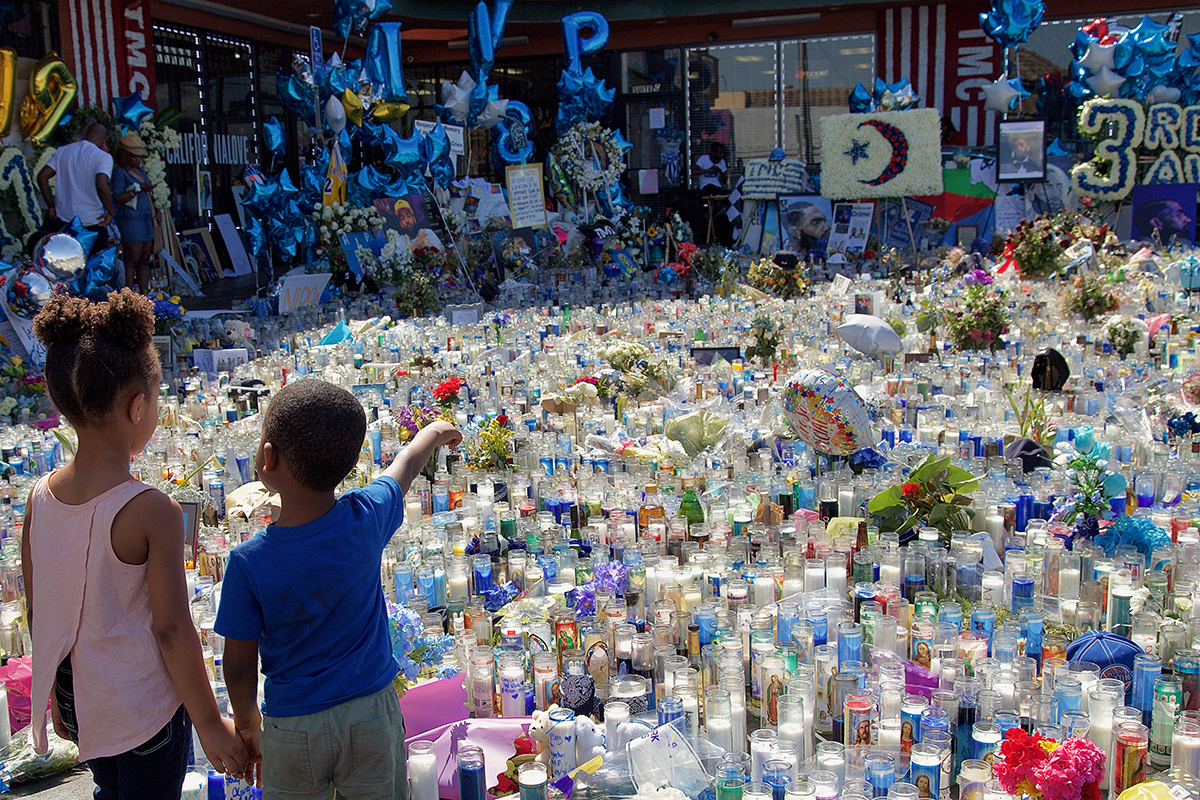 So when they lost one of their own—a young man who was just coming into his power and who had told them that, despite all that they had been denied and all that they had struggled through, they could do the same—they came out to testify in his honor.

From the moment the funeral procession for rapper, entrepreneur, and visionary Ermias “Nipsey Hussle” Asghedom moved into South Central along Vermont Avenue, people were jumping into the mix in their cars, on their bikes, on scooters, on motorcycles—or on foot, in the case of one determined runner—to accompany him along the 26-mile route. Or they celebrated in their own neighborhood before heading over to Crenshaw and Slauson to help his give him one last embrace.

It was a day unlike any residents could remember. “Historic,” said many. “Beautiful,” others said, in reference to the palpable sense of community seen and felt across ’hoods01 When I say ‘hood, I am specifically referring to gang territories/contested spaces. But calling it a gang territory is also too narrow. So: ‘hood.

—something that Hussle had spent half his life advocating for before being shot to death at Crenshaw and Slauson on March 31, 2019, at age 33.

But it was also, everyone agreed, a hard day. To most, it made no sense that someone whose message was so positive could be cut down so cruelly. That it happened in the parking lot that had been the epicenter of his life since he was fourteen and the place he was working to turn into an incubator of hope and prosperity for the community was almost incomprehensible.

“We always saw him here,” said 19-year-old Michael Robinson, who had come to Crenshaw and Slauson to mourn with friends. When they were younger, they said, their daily after-school walks to the market would take them past the T-shirt shop Hussle and his brother, known as Blacc Sam, ran at the time.

Hussle’s constant presence at the strip mall made it feel like he was within reach—that he was one of them. So had his music, which spoke to their experiences in a way they hadn’t heard before. And while their elders might have balked at hearing Hussle regularly proclaim his gang affiliation in his lyrics and his interviews, the youth knew he understood why they felt they had to make some of the choices they did.

They found nuance in the blueprints Hussle laid out for how to navigate contested streets, push back against the oppressive systems at work, remain true to themselves, and, ultimately, lift up their own ’hoods.

“He taught me the difference between being a gang banger and a gang member,” said Robinson.

At Century and Main, aspiring rappers Kobey Cash and Gold Franko said Nipsey had shown them how to be men. And how to come together. They pointed to the Unity March that had drawn gangs from around South L.A., some of which had been mortal enemies for decades, as evidence that Hussle’s soul was still here. “He woke everybody up,” they agreed, joining in the chorus of folks voicing hope that the positivity Hussle had sown and the unity he had forged would continue after his passing.

Around 5 p.m., the helicopters were still hovering over the edge of Inglewood and the crowd in front of The Marathon store was still growing. The procession that was estimated to take an hour and a half was now edging toward the three-hour mark, but no one was complaining. There was only anticipation, as people scrambled up light poles and signs, occupied every available roof, and clambered on top of patrol cars to catch a glimpse of the hearse as it traversed the intersection that has since been renamed in his honor.

Hussle had often spoken about his own mortality and the extent to which the future was not promised in his lyrics. Reflecting on the loss of a close friend in “Racks in the Middle,” a track from his Grammy-nominated Victory Lap album, he says that if it he’d been the one to die, he’d have advised his friends to “Finish what we started, reach them heights, you know?”

But it was the closing lines of a 2018 essay he’d penned in The Players’ Tribune02 For the Culture,” Oct. 25, 2018: https://www.theplayerstribune.com/articles/nipsey-hussle-for-the-culture

that hung in the air and reassured folks his spirit would live on. “Crenshaw made me,” he wrote. “So I’ll always be in Crenshaw. Always fighting. The work ain’t done yet. The marathon continues.” ●