PAST DUE:
Photographs by Alex Welsh 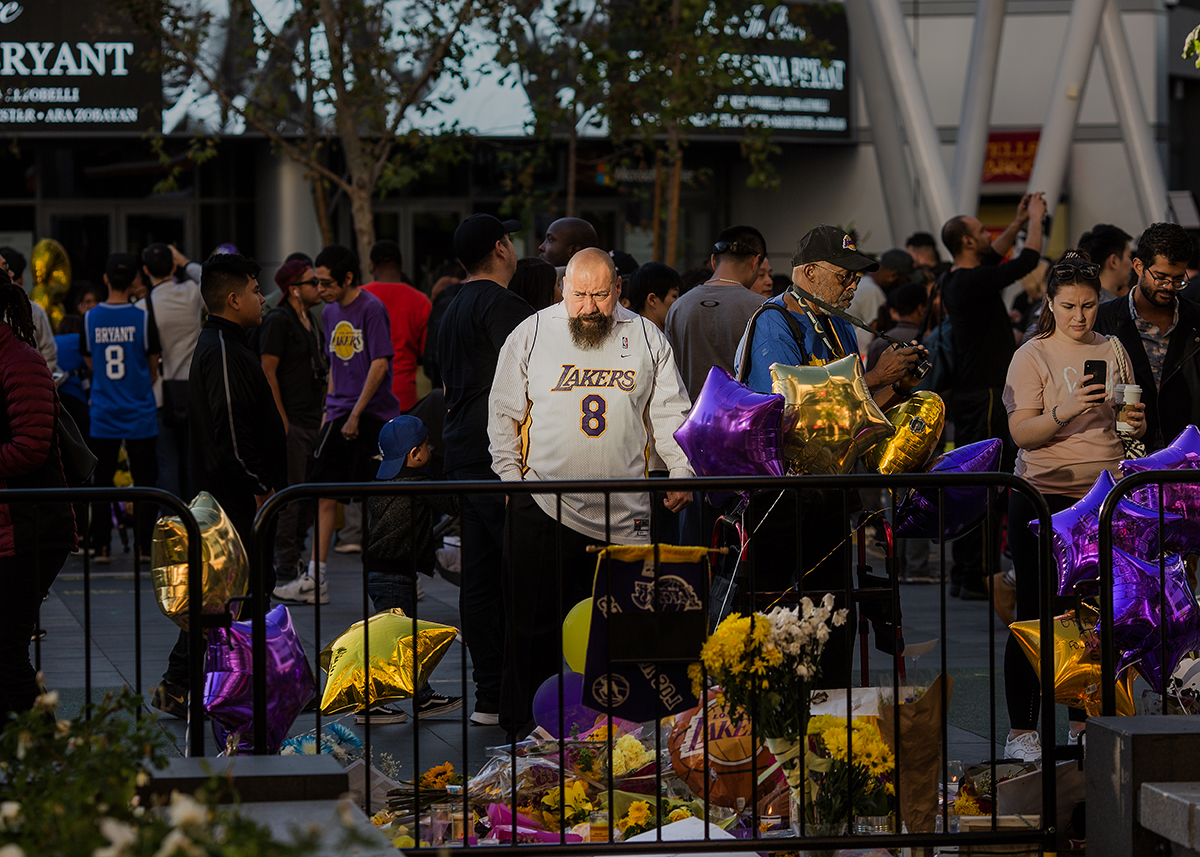 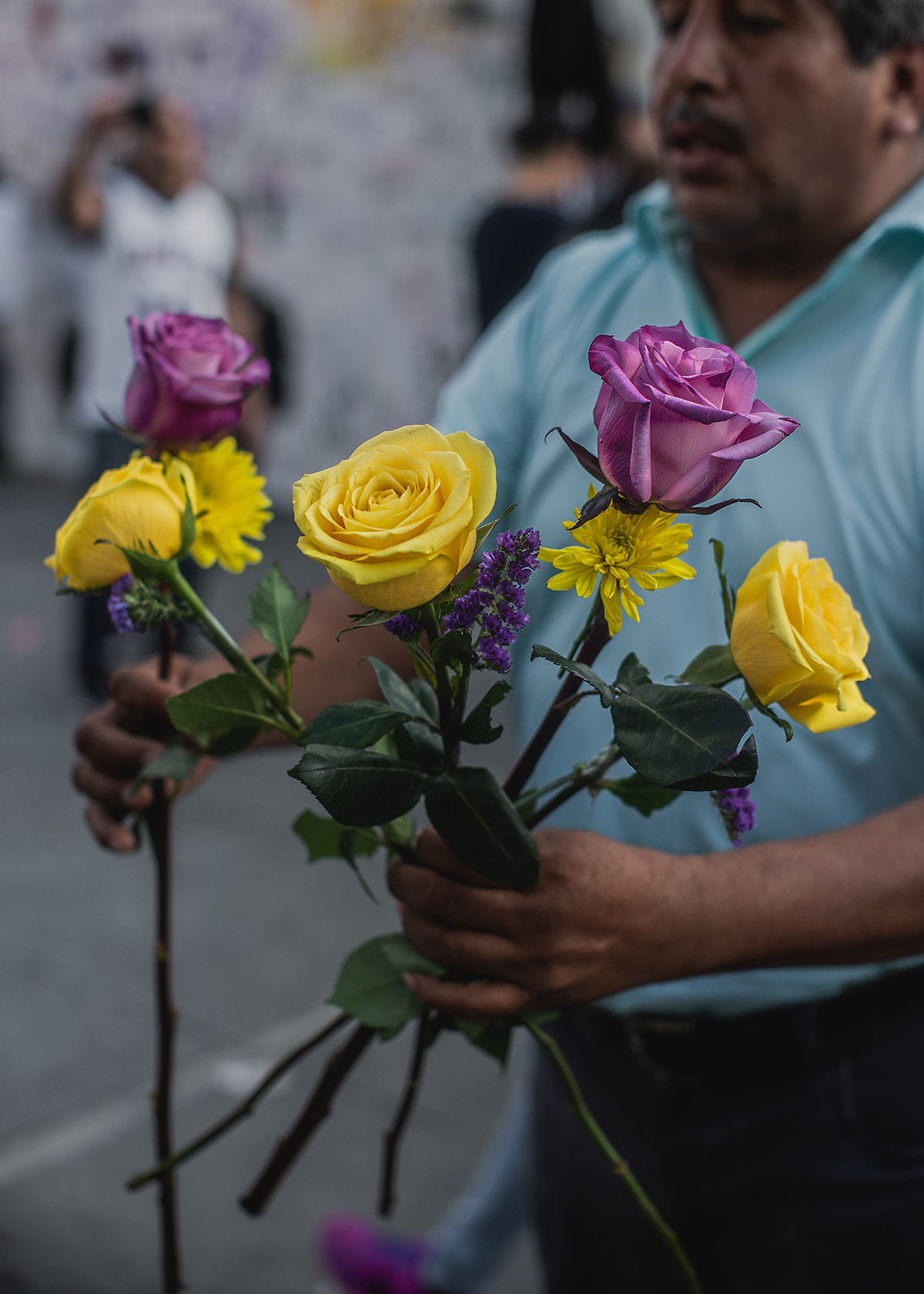 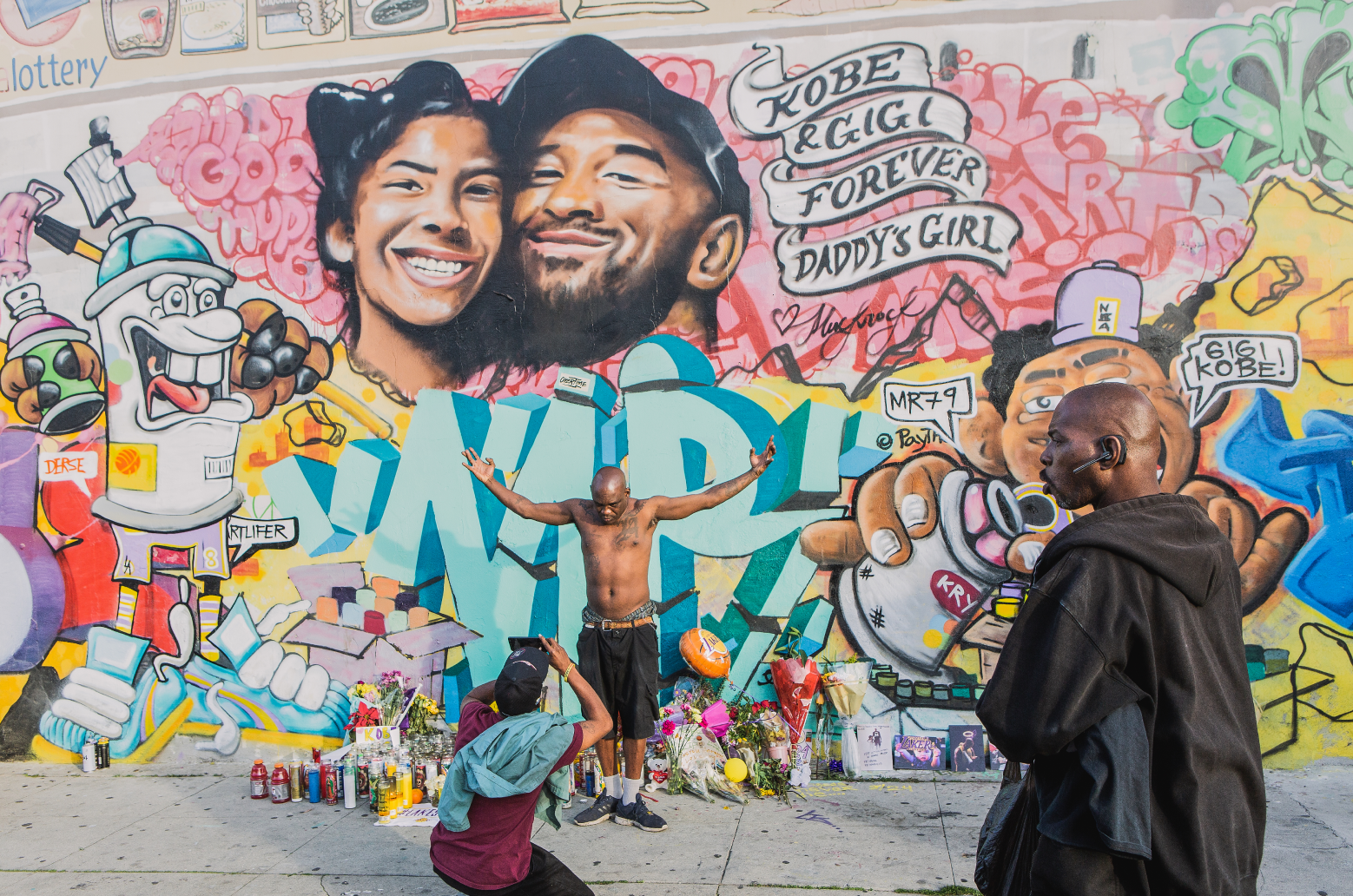 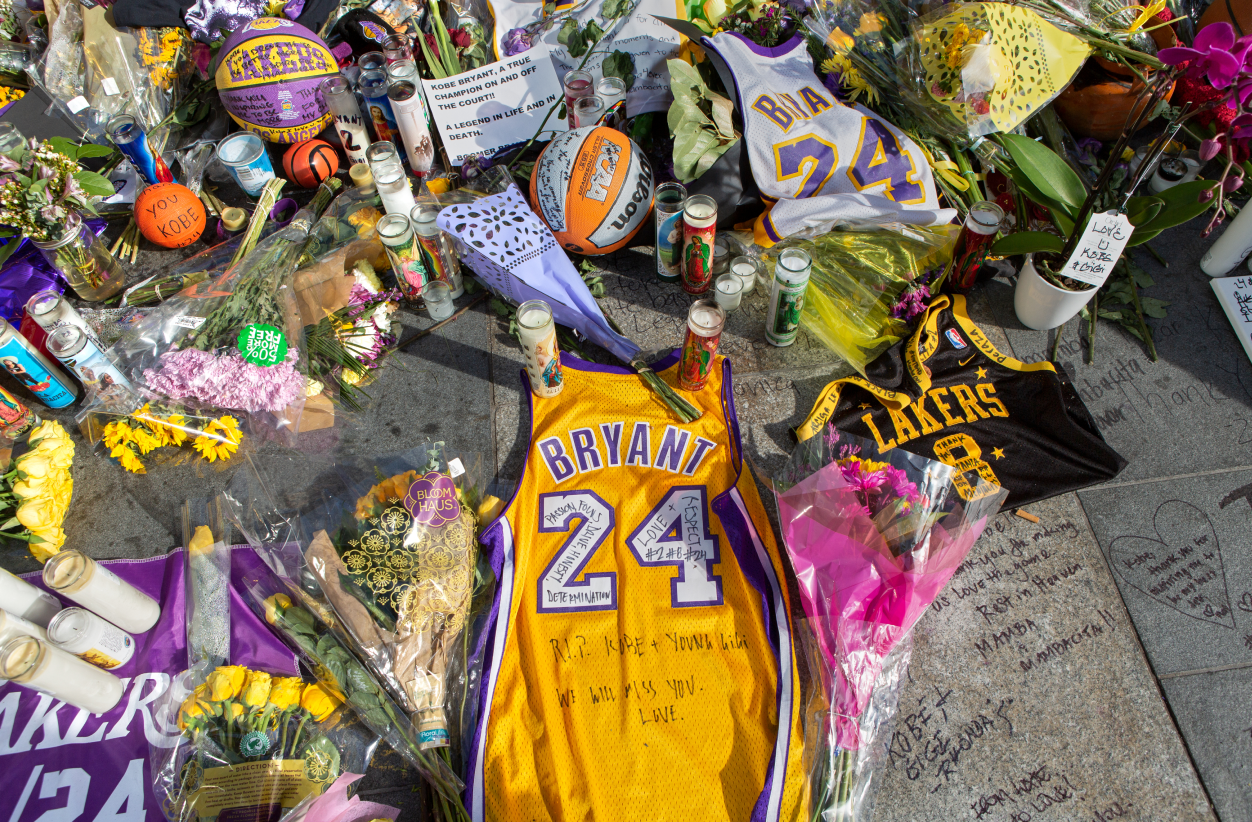 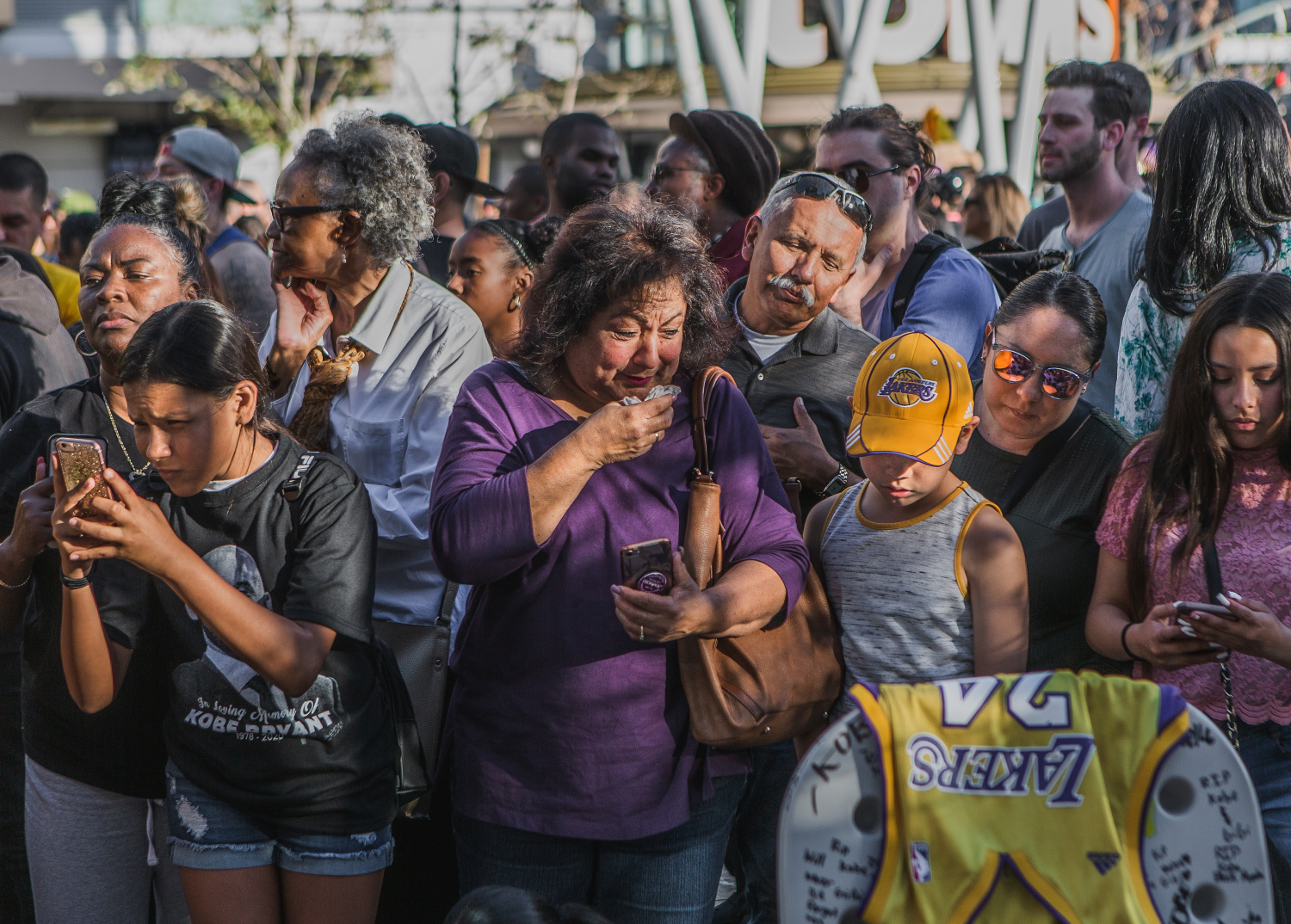 After Kobe Bryant was killed in a helicopter crash in the Santa Monica Mountains on January 26, 2020, along with his 13-year-old daughter, Gianna, and seven others, memorials to the retired Lakers star emerged across Los Angeles. The largest was located in the plaza around Staples Center, the arena where the Lakers (along with several other professional sports franchises) have played since 1999; it included heaps of flowers, balloons, handwritten notes, signed basketballs, framed posters of Bryant taken from mourners’ walls and left in the plaza, photographs, and other mementos and ephemera, much of it in the Laker colors of purple and gold. The result was the largest organic and ad hoc memorial in Los Angeles in recent memory, a genuinely spontaneous spectacle that overwhelmed even diehard Laker fans with its sheer scale. Bryant, who was 41 when he died, was a complicated figure. In 2003, a 19-year-old hotel employee in Eagle, Colorado, accused him of rape; the charges were dropped when the accuser chose not to testify in court, and Bryant subsequently settled a related civil lawsuit. This case will always be part of his legacy alongside the five championships he won as a Laker. The memorial, for its part, came up as a subject in several full meetings and subcommittee sessions of the Civic Memory Working Group, with members discussing it as an ephemeral and populist monument to Bryant’s career; marveling at the informal economy of vendors selling T-shirts, flowers, and food that materialized to serve its crowds; and noting the precise extent to which the mourners who came to Staples Center to see or contribute to it seemed to reflect the demographics of Los Angeles and Southern California.● 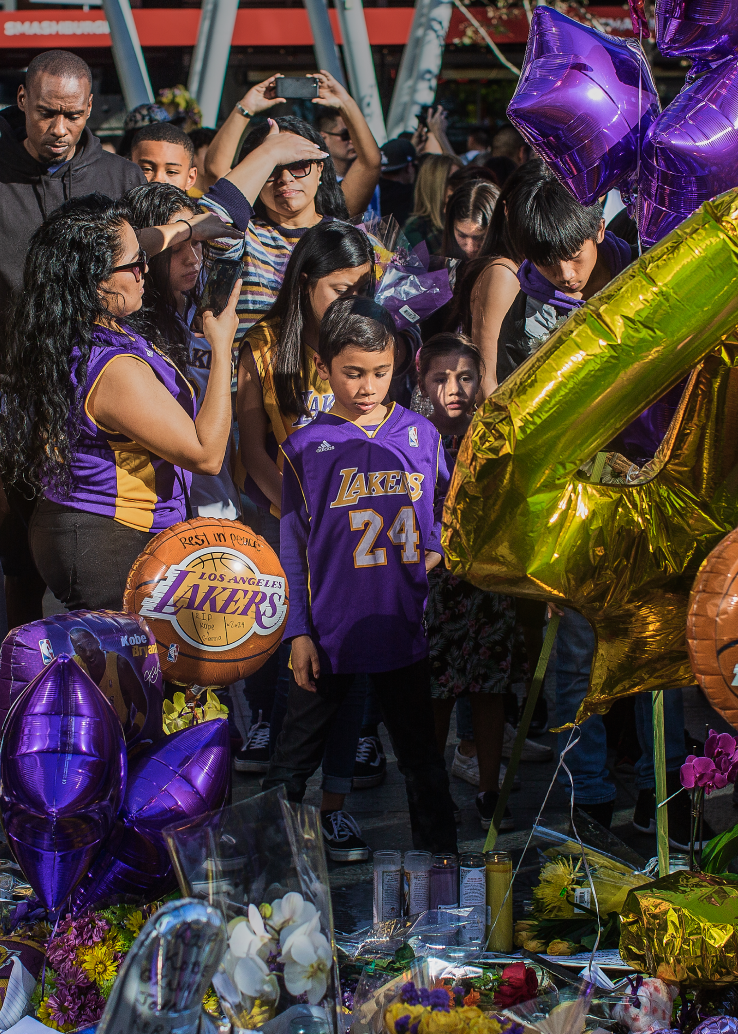