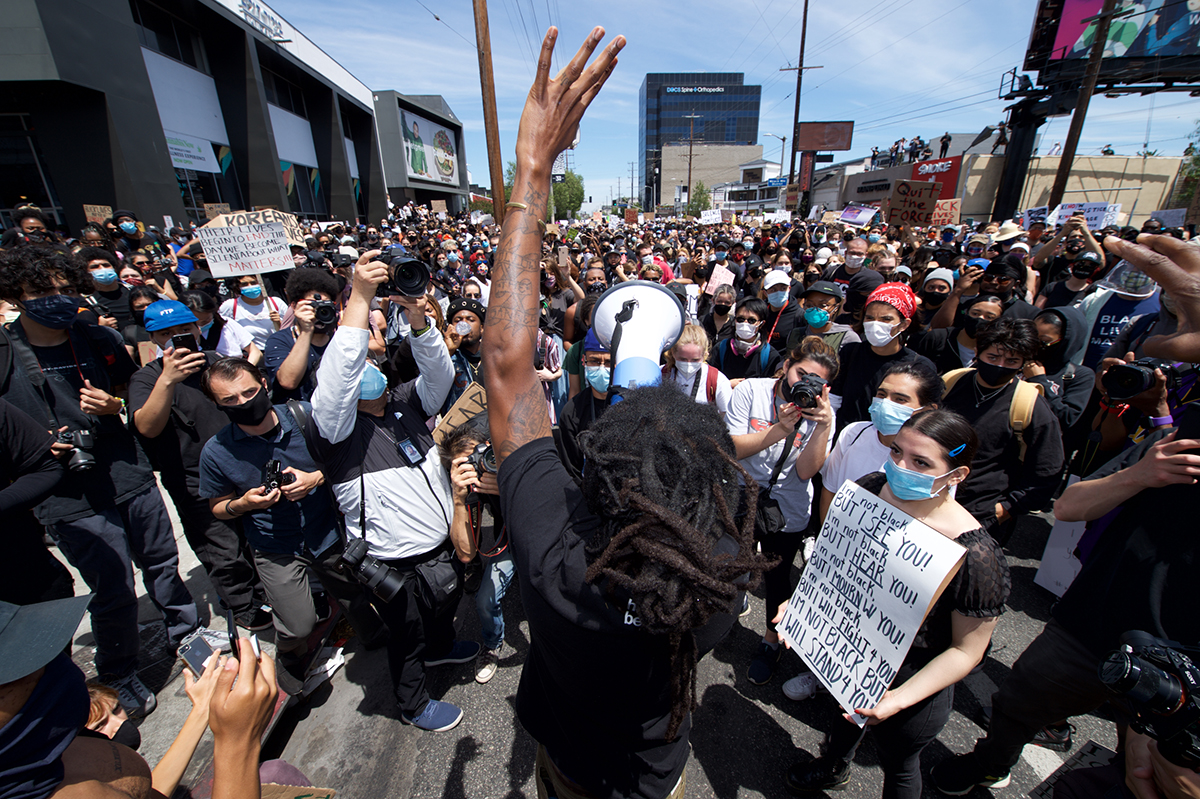 Not long after the Civic Memory Working Group completed its second full meeting in City Hall in February of 2020 and broke into subcommittees, the world changed. First, in March and April, came the rise of the COVID-19 pandemic and citywide lockdowns. Then, after George Floyd was killed by police officer Derek Chauvin in Minneapolis on May 25, protests led by Black Lives Matter and other groups began filling the streets of Los Angeles. In both cases, it became impossible to ignore the extent to which present-day suffering was exacerbated by failures to adequately understand and confront historic patterns of inequity. As a result, these events underscored the urgency of our work on this report. Here, marchers in support of the Black Lives Matter movement gather on La Cienega Boulevard on May 30, 2020, less than a week after Floyd’s death.●