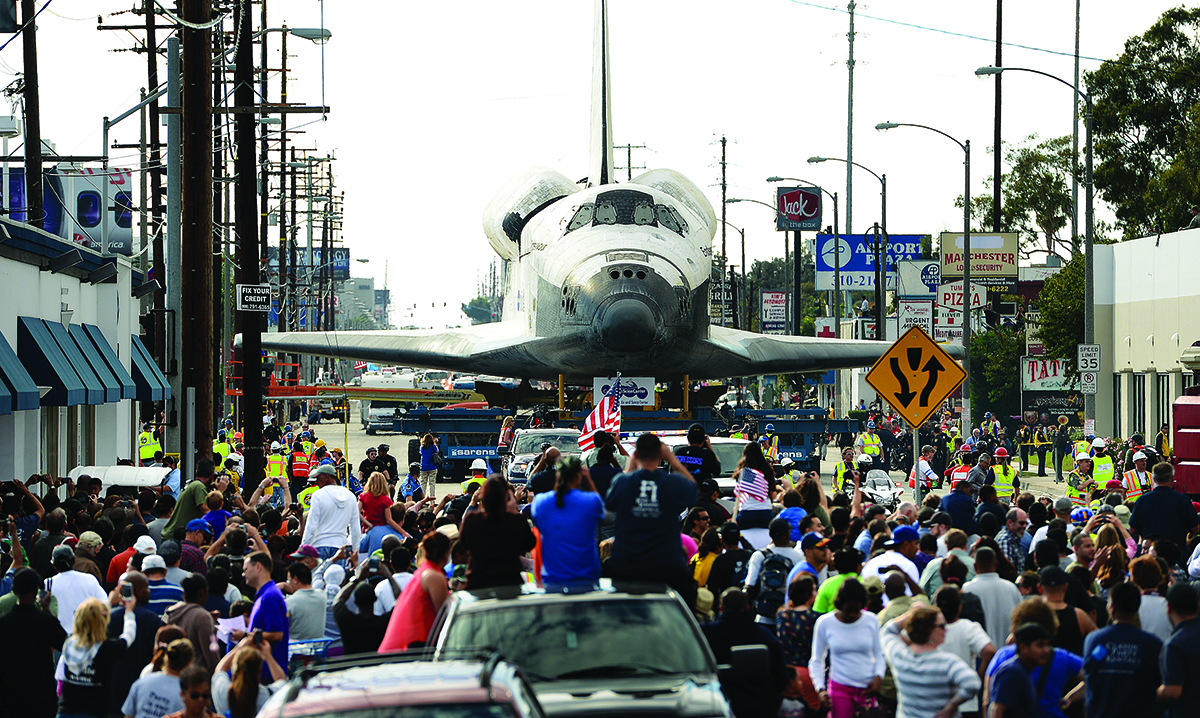 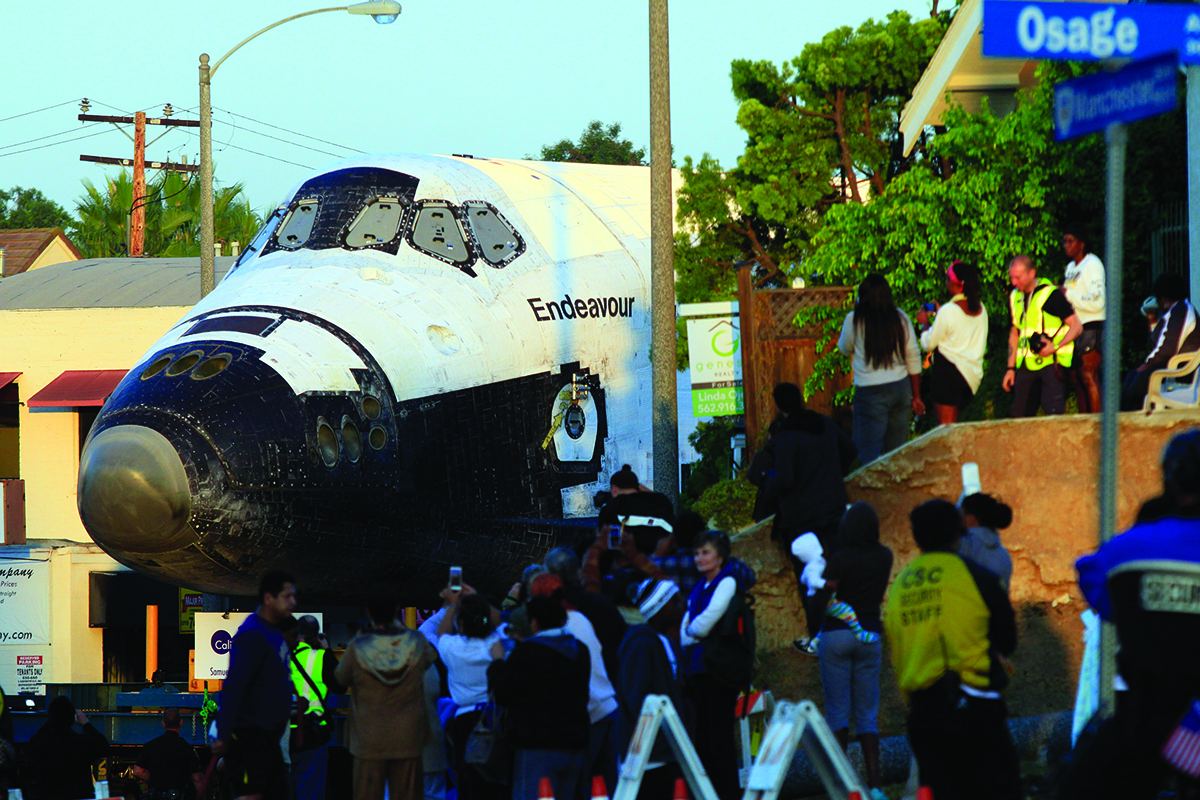 Endeavour creeps down Manchester Boulevard toward a stop at the Forum on its way to the California Science Center. (Irfan Khan / Courtesy Los Angeles Times) 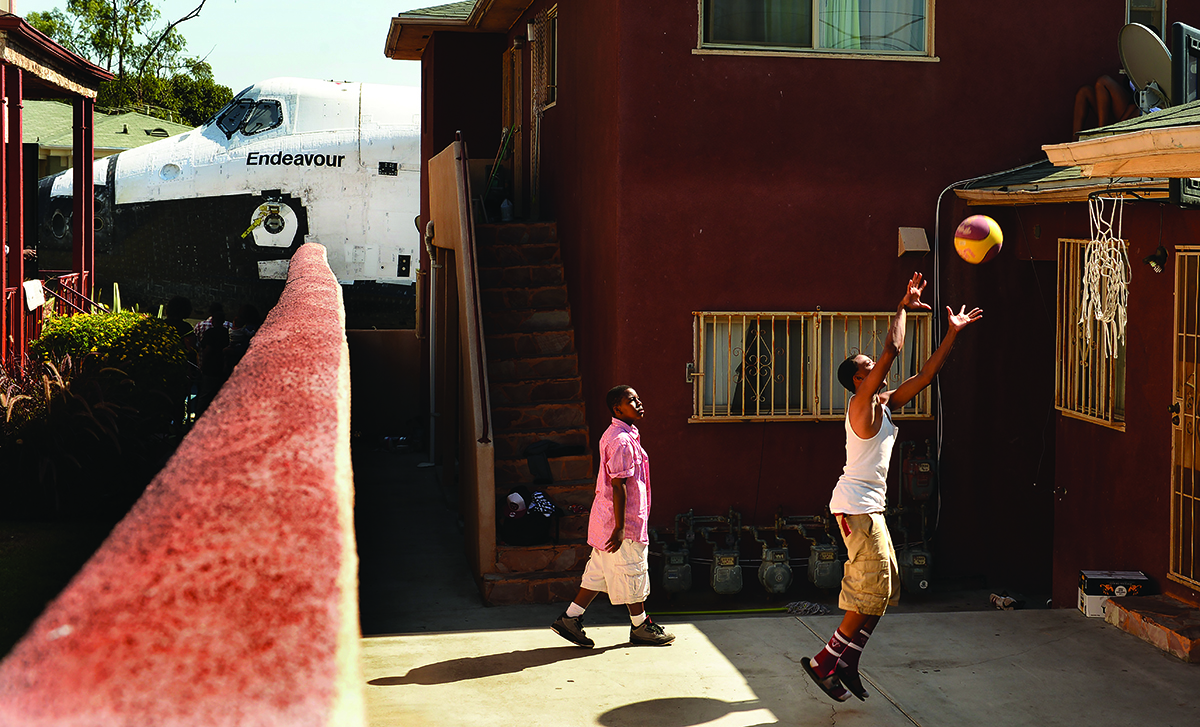 In October of 2012, the retired space shuttle Endeavour, which was largely built in Palmdale and during its active NASA service touched down regularly at Edwards Air Force Base in the Antelope Valley, moved in a boisterous, slow-motion parade through the streets of Los Angeles, on its way from Los Angeles International Airport to a new permanent home at the California Science Center in Exposition Park. Huge crowds gathered at every turn as the orbiter pushed east on Manchester Boulevard, north on Crenshaw Boulevard and east again on Martin Luther King, Jr. Boulevard. The parade, for all its novelty, seemed a natural expression of L.A. character and history. In a city that can seem most clearly legible when we are moving through it and where spectacle itself is often mobile—where we have always shown off on skateboards or in muscle cars—Endeavour seemed to fit right in.●